Please note: We are currently experiencing dispensing delays and rescheduling of consults due to clinical staff shortages. We appreciate your patience. 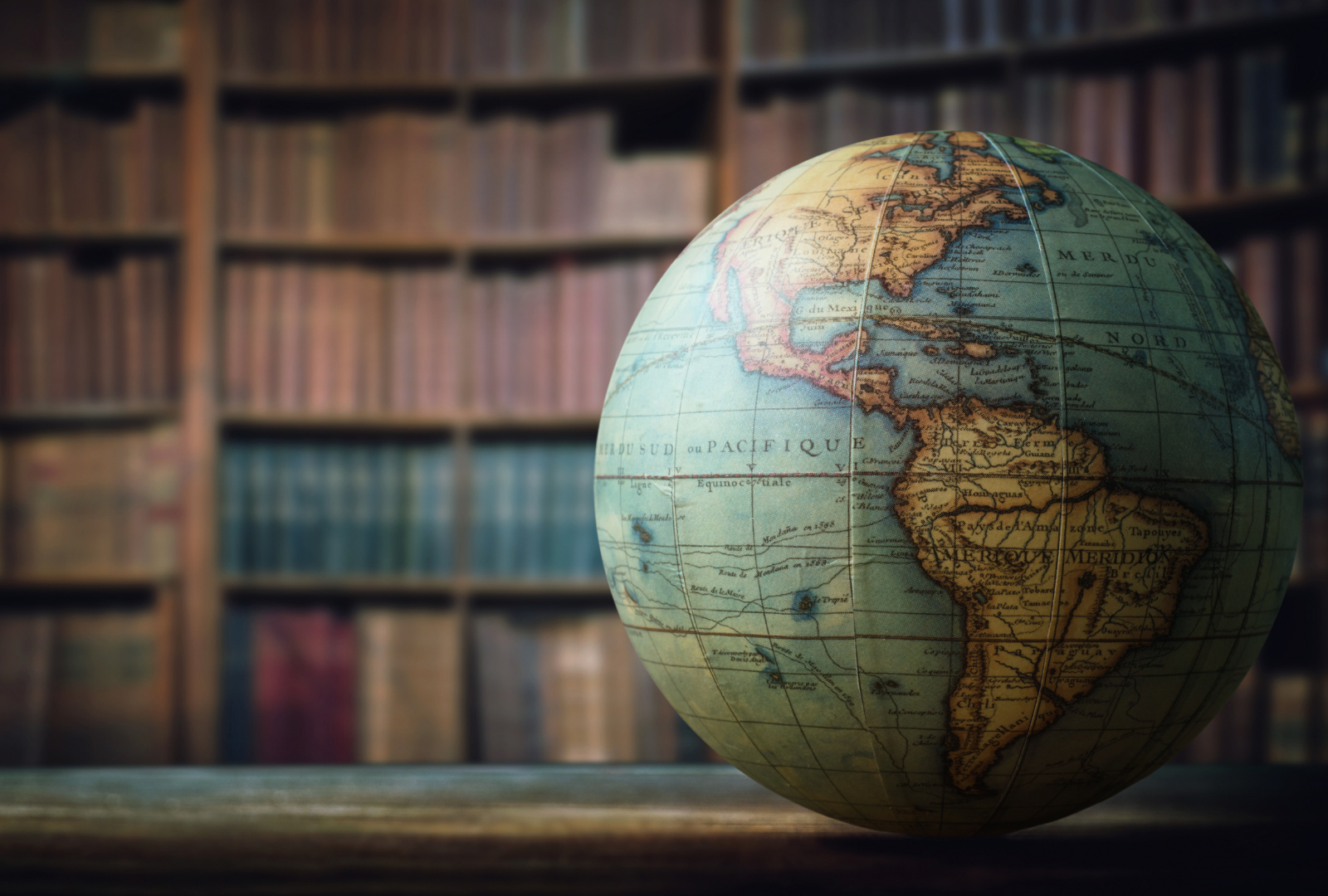 View a timeline of the history of cannabis by clicking here.

Only in the last century has cannabis fallen out of favor by governments (and therefore educators, doctors and some of the public). This recent period of 20th century opposition is actually just a small speck in the wider 6,000-year timeline of cannabis. The plant has been widely regarded for its therapeutic potential for many millennia by different cultures around the world.

In the 1930s newly appointed Commisioner of the US Federal Bureau of Narcotics, Henry J Aslinger, started his “War on Drugs” which was really just a cover for his wider plan which was to demonize Mexicans and their cannabis use. Anslingers plan was to make a connections between jazz music, certain ethnic groups and drug use (especially cannabis and Mexicans) and instill fear in the public.

The Harrison Act of 1914 was passed, the first to link drugs and criminality. It came down hard on habituated drug users and their physicians, turning them both into criminals overnight.

Timeline for Highlights in the History of Cannabis

4000 BC In Pan-p’o village cannabis was regarded among “five grains” in China, and was farmed as a major food crop.

2737 BC Earliest record of cannabis as a medicinal drug. Emperor Shen Neng of China first prescribes Medicinal Marijuana. He recognized its treatment properties for over 100 ailments such as gout, rheumatism, and malaria.

2000 BC Hemp was so important to ancient China that it was considered one of the ‘5 grains’, 5 cultivated crops that were thought to be sacred.

2000 – 1000 BC Cannabis was described as a “source of happiness”, “joy-giver”, and “bringer of freedom” in the Atharva Vedas (Hindu religious texts). At this time, cannabis was smoked at daily devotional services and religious rituals.

2000 – 1400 BC Indian holy book Atharvaveda mentions marijuana’s anti-anxiety effects.  Open religious use of cannabis allowed for exploration of medical benefits. During this period, it was used to treat a variety of ailments such as epilepsy, rabies, anxiety, and bronchitis.

1213 BC Ramesses II – Cannabis pollen has been recovered from the mummy of Ramesses II, the Egyptian pharaoh who was mummified after his death in 1213 BC.

900 BC Assyrians -Employed the psychotropic effects of cannabis for recreational and medical purposes.

450-200 BC Greco-Roman use – Physician Dioscorides prescribed cannabis for toothaches and earaches. Greek doctor Claudius Galen noted it was widely consumed throughout the empire. Women of the Roman elite also used cannabis to alleviate labor pains.

450 BC Herodotus’ Histories mention hep, fabrics and Scythian use of cannabis as an intoxicant.

200 BC Hemp rope appears in Greece. Chinese Book of Rites mentions hemp fabric. From 200 BC to the late 1800’s hemp was used in the production of paper.

70 Dioscorides, a physician in Nero’s army, lists medical marijuana in his pharmacopoeia.

207 Hua T’o was the first recorded physician to describe cannabis as an analgesic. He used a mixture of cannabis and wine to anesthetize patients before surgery.

500 – 1000 Hemp was first introduced to Europe. Hemp then grew in popularity in Europe, being used mainly in the production of paper, even being used to print bibles.

600 Hemp cultivation techniques were extensively covered in the ancient Confucian text “The Essential Arts for the People” (Qi Min Yao Shu). This text is one of the first texts to mention crop rotation and the use of “potash fertilizer” which are both farming techniques still used today.

1025 Avicenna – The medieval Persian medical writer publishes “Avicenna’s Canon of Medicine”, stating that cannabis is an effective treatment for gout, edema, infectious wounds, and severe headaches. His work was widely studied from the 13th to 19th centuries, having a lasting impact on Western medicine.

1300 Ethiopian pipes containing marijuana suggest drug has spread from Egypt to the rest of Africa. Arab traders bring cannabis from India to Eastern Africa, where it spreads inland. It is used to treat malaria, asthma, fever, and dysentery.

1500 Spanish Conquest – The Spanish brought cannabis to the Americas, where it was used for more practical purposes like rope or clothes. However, years later, it would be used as a psychoactive and medicinal drug.

1533 King Henry VIII fines farmers who do not grow hemp for industrial use.

1600s In Virginia and other American colonies, it was required by law for farmers to grow hemp. Hemp production didn’t wane until after the industrial revolution where petroleum products were being developed and other fibers were being processed mechanically.

Mid 1600s Even in England, the much-sought-after prize of full British citizenship was bestowed by a decree of the crown on foreigners who would grow cannabis, and fines were often levied against those who refused.

1794 Medical Marijuana appears in The Edinburgh New Dispensary. George Washington encourages US farmers to grow hemp, “Make the most of the Indian Hemp Seed, sow it everywhere.”

1798 Napoleon’s soldiers learn of cannabis and hashish in Egypt. Napoleon brings cannabis back to France, and it was investigated for its pain relieving and sedative qualities. At this time, cannabis would be used to treat tumors, cough, and jaundice.

1839 Irish doctor William O’Shaughnessy introduced the therapeutic uses of cannabis to Western medicine. He concluded it had no negative medicinal effects, and the plant’s use in a pharmaceutical context would rapidly rise thereafter.

1851 Within a decade after O’Shaughnessy published his findings, cannabis first made its way into the 1851 (3rd edition) of the U.S. Pharmacopoeia.

1900 Medical cannabis was used to treat nausea, rheumatism, and labor pain. At this point in time, it is available over-the-counter in medications such as “Piso’s cure” and “One day cough cure”.

1914  The Harrison Act of 1914 was passed, making drug use a crime in the US. This was the first piece of legislation to link drug use and criminality. The Act came down hard on habituated drug users and their physicians, turning them both into criminals overnight.

1915 In Utah hemp is outlawed due to prejudice against Mexican immigrants and their long history of use of the plant. It was not recognized by the U.S government at this time that there were subspecies of the cannabis plant (Hemp) that did not contain any psychoactive component.

1930 Henry J Aslinger was appointed to helm the newly minted Federal Bureau of Narcotics by President Hoover. When alcohol prohibition ended, it looked as though Anslinger might be out of a job, so he sought a new threat to the American way, essentially manufacturing a drug war. He used his office to trumpet the association between weed and violence, so that it could be criminalized.

1937 Marijuana Tax Act passes, banning the use and sales of cannabis in the United States and requiring special fees for medical prescriptions of the drug.

Dr. William C. Woodward who was both a physician and an attorney for the American Medical Association, testified on behalf of the AMA. He told the committee that the only reason the AMA hadn’t come out against the marijuana tax law sooner was that marijuana had been described in the press for 20 years as “killer weed from Mexico.” The AMA doctors had just realized “two days before” these spring 1937 hearings, that the plant Congress intended to outlaw was known medically as cannabis, the benign substance used in America with perfect safety in scores of illnesses for over one hundred years. Reference: The Emperor Wears No Clothes – Chapter 4 The Last Days of LEGAL Cannabis by Jack Herer

1964 Discovery of THC – The molecular structure of THC, an active component of cannabis, was discovered and synthesized by Israeli chemist Dr. Raphael Mechoulam.

1970 Classified as Schedule 1 Drug – Cannabis became categorized as a Schedule 1 Drug in the U.S., which limited further research into the plant. It was listed as having “no accepted medical use”.

1971 Nixon declared his “war on drugs.” His aide and Watergate co-conspirator John Ehrlichman later revealed the effort’s nefarious motivations in Harper’s: “The Nixon campaign in 1968, and the Nixon White House after that, had two enemies: the antiwar left and black people … We knew we couldn’t make it illegal to be either against the war or black, but by getting the public to associate the hippies with marijuana and blacks with heroin, and then criminalizing both heavily, we could disrupt those communities.”

1988 CBD Receptors Discovered The CBD1 and CBD2 cannabinoid receptors were discovered. Today, we know they are some of the most abundant neuroreceptors in the brain.

Adam Ruins Everything – The Sinister Reason Weed is Illegal

“Legalize It All. How to win the war on drugs” Harpers Magazine